Working for Pionair Aviation in the old Air Force Tower at the Wigram Airfield in Christchurch, New Zealand and at Sydney Bankstown Airport in Australia, my strength at creating powerful brands that flow across all print and web media as well as hands-on skills with 3D objects and sign graphics was put to good use. 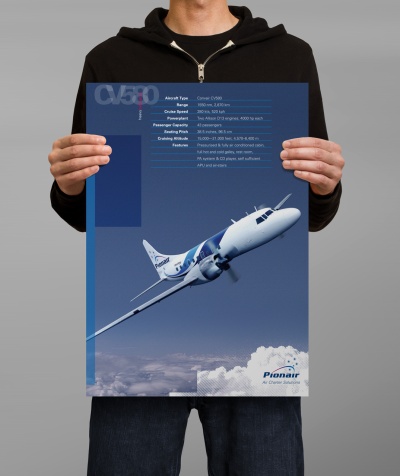 Convair CV58 specifications display graphic for use at travel expos in Australia and New Zealand.

This pacific design has two bold calligraphic lines that elegantly flow from one side of the fuselage to the other. The dynamic two-tone blue on white ribbon device with cool grey wings are clean and modern while the polished metal nacelles are a stylish gesture towards its mid-century origins. Overall the fluid design is a cool change from the cheatlines of most mid-century aircraft. The tension between the two fluid swoops draws the eyes away from the nose section and appears to lengthen the aircraft. With its notched profile, the nose gives away the fact the Convair is more than 50 years old.. To further de-emphasise the nose section it has been painted clean, featureless white.. The swoop design and fresh colour scheme appears modern and effortless, always turns heads and inspires confidence in passengers overcoming any reservations they may have about flying aboard older aircraft. 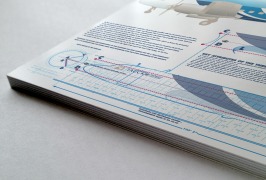 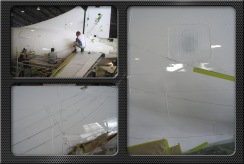 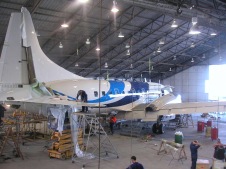 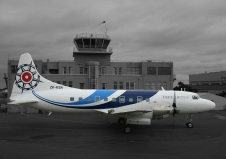 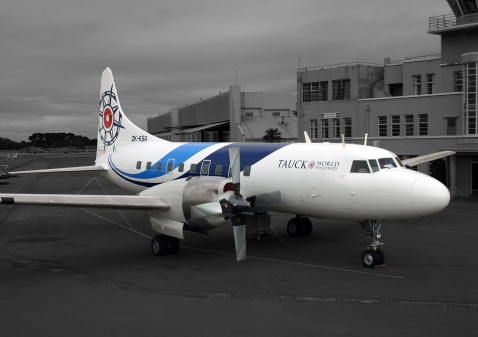 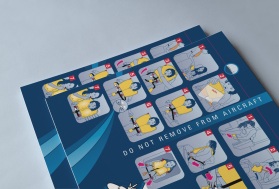 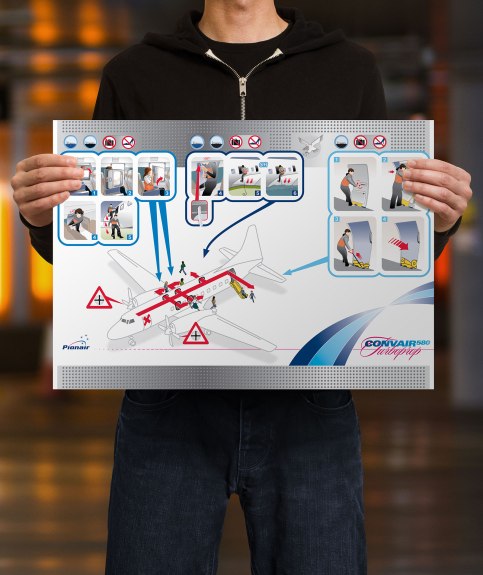 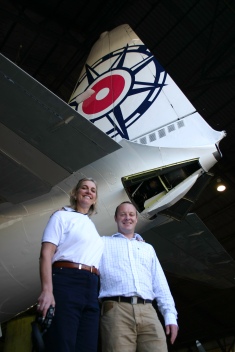 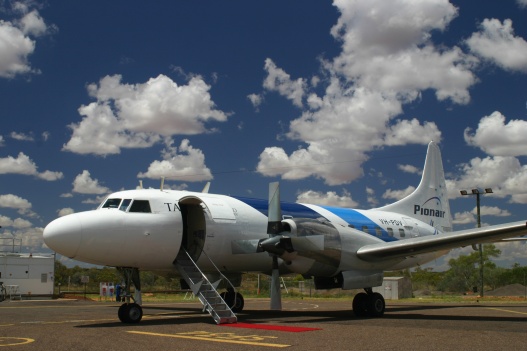 Pionair Australia Convair CV580 VH-PDV with it’s fresh new fluid livery and the red carpet out on the tarmac at the Osborne mine airfield, QLD, Australia, February 2007.

As part of the Pionair rebrand in 2006 I designed a new specialized livery and logo standard. This aircraft’s complete restoration and livery makeover was a first in the history of the firm, a first for me, and a tremendous career highpoint. The brief was for the livery to be variable, the design needed to be able to accept either the Pionair logo in the prominent vertical stabilizer position, or the brands of air charter clients and other entities. The inaugural livery featured the compass rose icon from TAUCK, a US operator of all-inclusive guided tours and cruises that was Pionair’s most significant private air charter client on both sides of the Tasman at that time.

The new livery was the icing on the cake of a complete refurbishment of one of Pionair’s two ‘business class’ passenger Convair CV580, the aircraft was subsequently registered in Australia as VH-PDV.

That design is a compound curve on a compound curve mate! That is impossible
to draw!After sending the specifications plan for the new livery to Fieldair’s ‘Pete the Painter’ Pionair received the response that if we wanted the new ‘swoops’ design on the aircraft that I would have to travel to Palmerston North and apply the design to the aircraft myself. Because, it turns out that while painting a cheatline, a decorative horizontal design composed of single or double band of colour was one thing, but, as one of the engineers remarked about the new livery design when he saw the plan on my first day in the Fieldair hangar;

The portfolio explains the method visually, in preparation for applying the swoops the fuselage had been painted white as specified, in short the task was to;