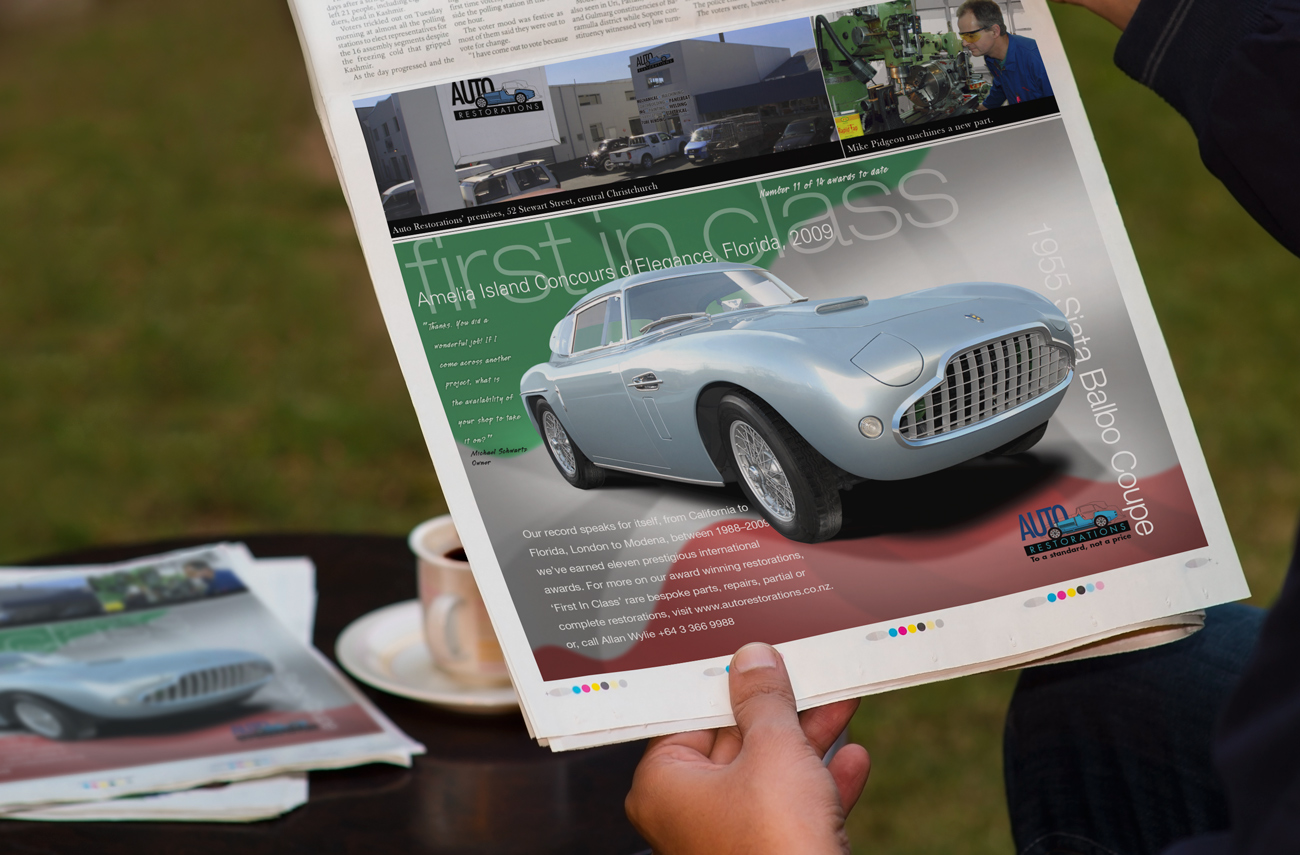 First a 2010 advertising campaign of half page colour ads for Auto Restorations’ services in a glossy Trans-Tasman Classic Car magazine. The theme is to dedicate a series of ads to celebrate their 16 international award winning restorations, a little known fact and a newsworthy story with which to get the attention of their audience.

The concept is to run a series of ads each featuring a large hero shot of an award winner from different design periods and of different nationalities (thereby demonstrating the breadth and the depth of their expertise in restoring fine old cars)—with the design theme and typographic style tuned to the era and nationality of the award winning classic automobile. All aiming to create the ideal platform in the magazine for the envious beauty of the cars and high standard of Auto Restorations’ work to speak for itself. It follows that the ads have short pithy copy with a story to tell—a welcome break from the information overload of many other small advertisements in the magazine, and giving a visual break from the text heavy editorial. All designed to interest the reader, grab their attention, and be memorable. As the saying goes, you’ll never bore someone into reading your ad, but you might just interest them! 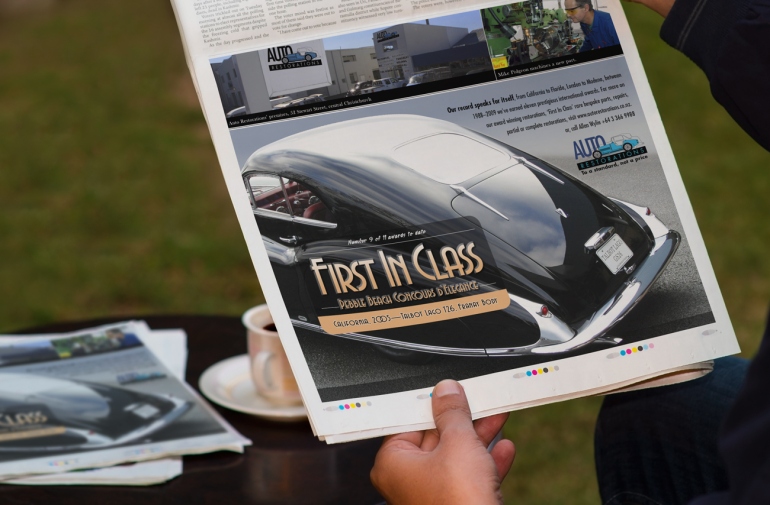 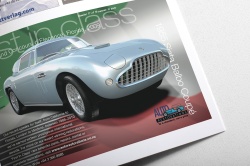 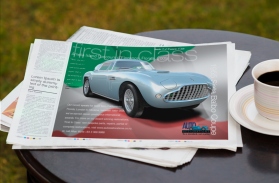 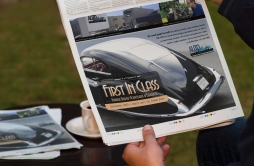 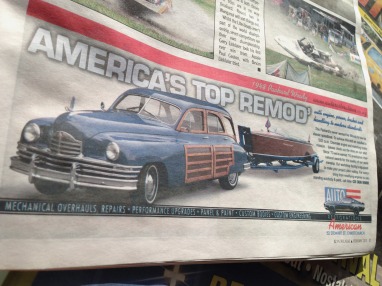 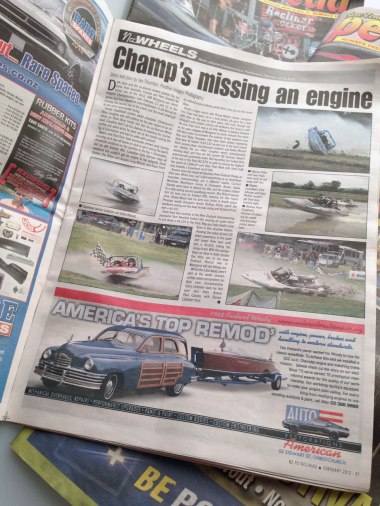 This pair of ads features two cars, each of which is an automotive design triumph; the exquisite and rare 1955 Siata 208 CS Balbo Coupé, (only 9 were constructed by Balbo), and the Talbot Lago T26 GS Coupé of which only 30 were made by French carrossier Franay.The 2012 quarter page horizontal newsprint campaign of small ads ran in Petrolhead Magazine, a monthly giveaway at motor trade outlets nationwide. The campaign launched Auto Restorations new ‘Auto Restorations American‘ sub brand. This was an initiative of the General Manager to address the growth/change in the nature of their auto-enthusiast customers in New Zealand and Australia where an increasing proportion of Baby-Boomers are American and Australian muscle-car enthusiasts rather than the early to mid 20th century Classics of Europe. The print campaign paired with the web launch of an ‘American Muscle’ department on the site had the purpose of repositioning the perception of the firm among the local market of car enthusiasts. Co-ordinated with the launch of the new sub-brand in Petrolhead I also created a new ‘Muscle Cars’ department on the website.

The advertising theme had the mandatory inclusion that the ads must feature American cars that Auto Restorations have fully restored, or refinished as with the green Shelby Cobra. This also goes for the ‘American’ logo which features a “high velocity, high volume” 1968 Shelby Mustang GT 350 . The ‘new breed’ of ad concept I ran with was inspired by the American musclecars, an attempt to pony-up the large type, punchy headlines with the grunty images. The “BORN TO RUN” headline might appear over-stated until you read the bio of the 1949 Baldwin Mercury Special.

The ‘American!’ variation of the brand only ran in the launch “Historic Finish” Shelby Cobra advert. The readers of that magazine were probably going to be surprised to see ‘Auto Restorations American’ front up in Petrolhead, as the firm was pigeonholed as interested in working as a Classics only restorer (the ads succeeded in overturning that myth) and besides when you launch something you tend to give it all you’ve got!