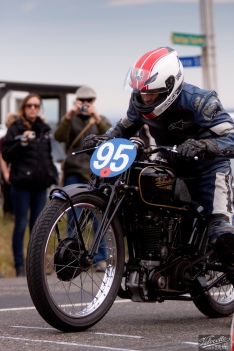 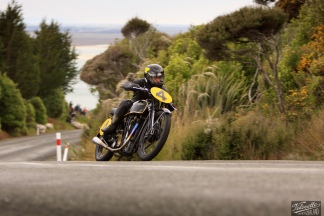 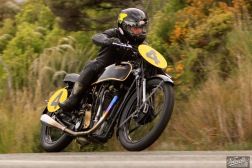 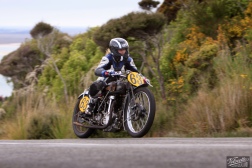 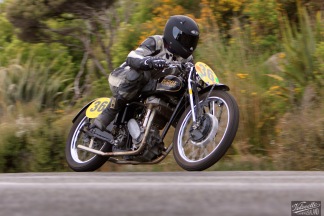 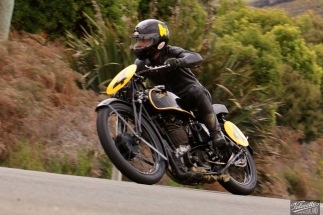 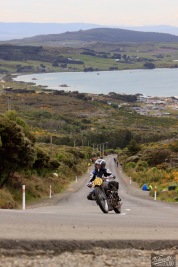 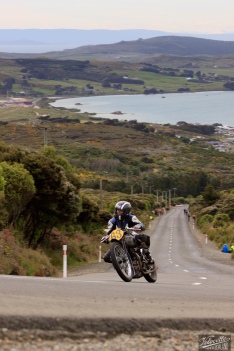 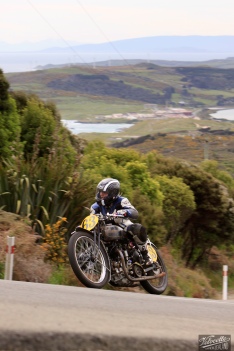 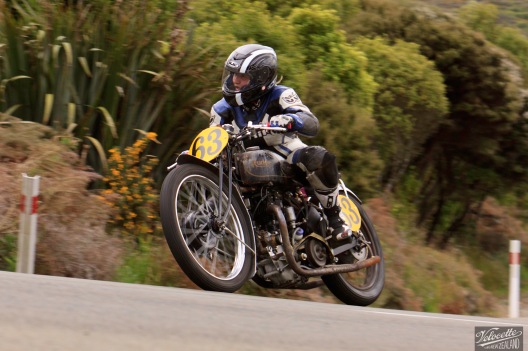 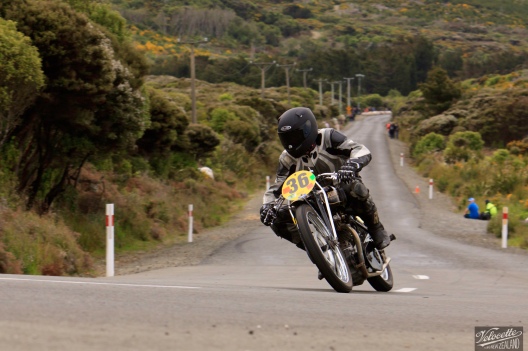 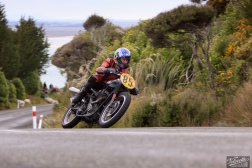 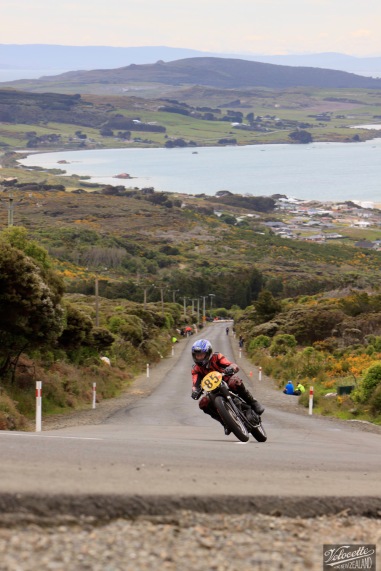 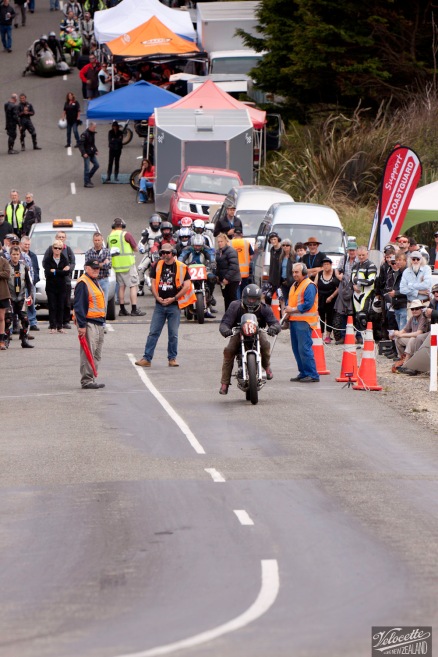 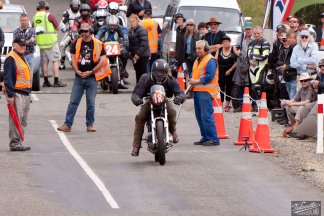 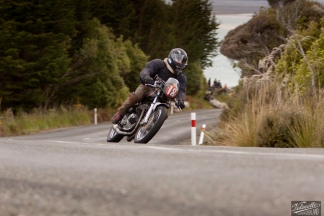 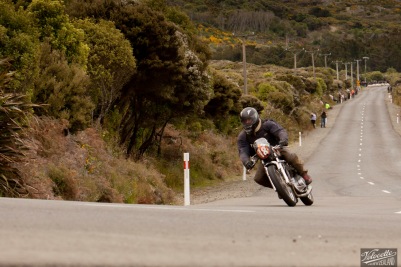 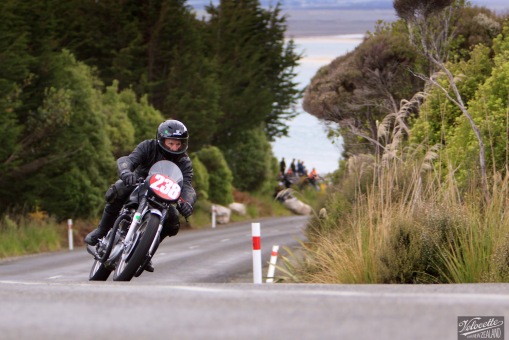 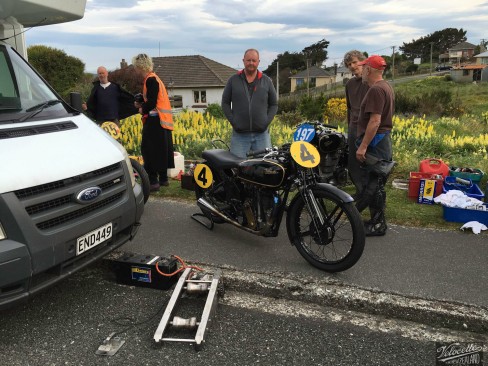 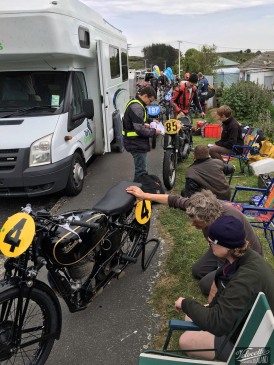 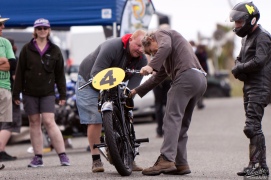 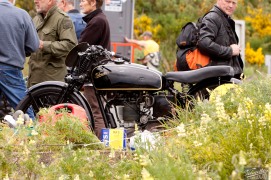 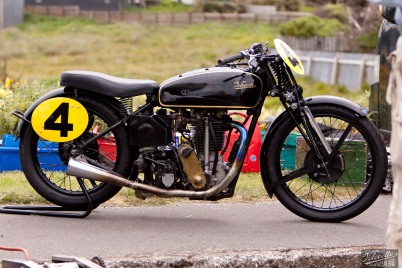 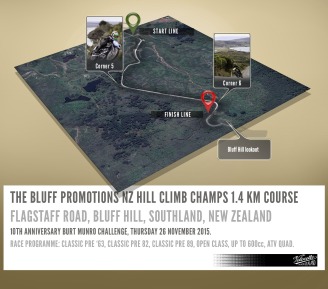 The girder forks class features Phil Price’s superb collection of original 1930–1950 Classic Velocette racing machines, race-prepped and in fine fettle due to Wellington Velo man, Nic Thomson, and deftly ridden by Bill, Cloud, Chris and Phil. The photos document 3 of the Burt’s 6 events that these machines were entered in, kicking off proceedings on Thursday 26th Nov with the Bluff Hill NZ National Hill Climb championships.

The trio of cammy 350cc KTTs and the Velocette “Big Velo” 500 competed in the Pre ‘63 Class along with Neville Mickleson’s KTT, Francie Winteringham and Rhys Wilson’s Rudges, a Triumph an Indian and other famous marques pictured below. Riders from the VRNZ camp, Chris Swallow and Cloud Craig-Smith also raced machines in the Classic Pre ‘63 class, and the Post Classic Pre ‘72 class, at Teretonga and the Street Races.

I’d like to thank all the riders who put it all on the line, their support crews, the event marshalls, organisers, admin and sponsors that made the 10th Burt such a festive, thrilling spectacle.

Finally kudos to Nic Thomson for the outstanding achievement of developing, race prepping and fettling the four Classic Girder Velos that achieved five historic wins at the 2015 Burt and acknowledge the remarkable fact also that all bar-one of these racing machines both started and finished every event entered over the four thunderous days.

Flagstaff Road is a steep 1.4 km public road that snakes its way up Bluff Hill. With a few short straights, tortuous curves flanked by rocky cliffs, steep drops and demanding surface conditions that includes a small stream running across the exit of corner four the Bluff Hill course was a formidable challenge with which to kick off the start of A Decade of the Burt. After the Marshall’s briefing, Machine Scrutineering and Riders’ Meeting the Hill Climb event started at 09:40 Thursday morning with a series of two practice runs up Flagstaff Road for each competitor before competition commenced. The competition consisted of a couple of official timed runs for competitors in each class entered.

In this gallery are three girder fork machines;

Graham Peters aboard his BSA Goldstar 500 from start to finish of the tortuous Bluff Hill Climb.