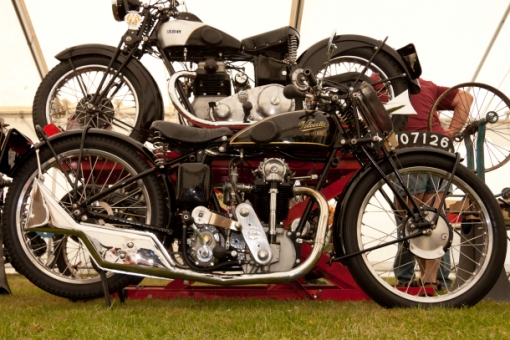 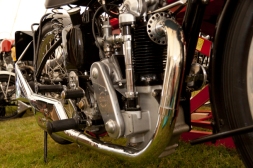 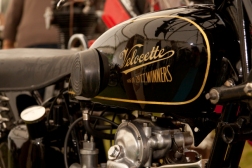 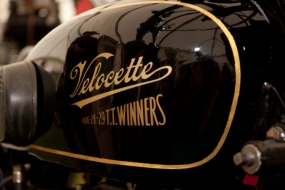 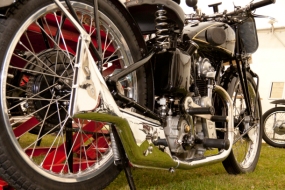 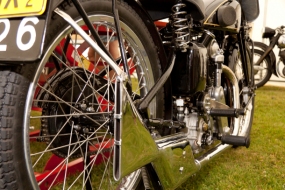 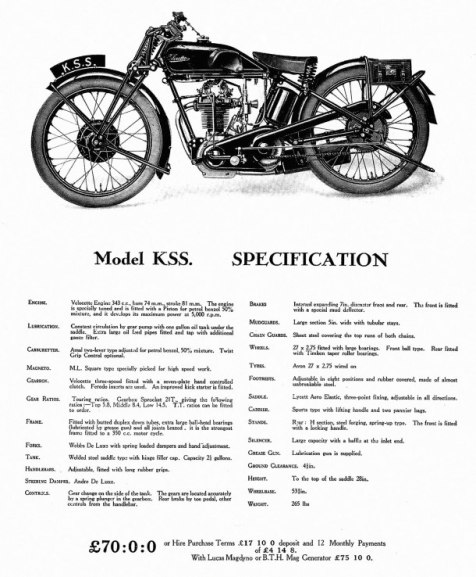 From Velocette’s 1929 sales catalogue, the specification and price of the KSS model, ₤70:0:0

August 1934 advertisement featuring Walter Rusk ‘the Belfast popular idol’ on the Big Velo following his victory in that year‘s 500cc Ulster Grand Prix at a record speed and record lap: the latter at 92.13mph (148.23kmh).

Velocette’s proud series of Isle of Man T.T. victories all began with the inimitable ‘K’, series in 1926

This is a glittering example of the ‘K’ series Velocettes, these are the machines that launched Velocette’s run of Isle Of Man Tourist Trophy wins way back in 1926.

Velocé continuously developed their innovative two-strokes which had proved reliable, economical and very popular, but by the early 1920s it was clear that a more upmarket model was called for. Velocé Ltd followed other makers who were fielding new overhead-valve and overhead-camshaft machines. The Percy Goodman-designed, overhead-cam Model K was launched in 1924. The new 348cc engine featured a single overhead camshaft driven by vertical shaft, and was unusual in having a very narrow crankcase, an arrangement constrained by the existing transmission and frame design, which made for a stiff crankshaft assembly. The new model K did not fare well when entered in the 1925 Isle of Man T.T.— all three entries retired due to lubrication problems.

With the the engine redesigned to incorporate dry-sump oiling, the ‘cammy’ Velo returned the T.T. in 1926 to score a memorable victory. Alec Bennett flying home in the Junior race a full 10 minutes ahead of the second-placed rider! A second place in 1927 followed by another first for Bennett in 1928 ensured a healthy demand for Velocette’s overhead-cam roadsters and prompted the launch of the KTT, one of the most successful over-the-counter racing motor cycles of all time.

By the end of the decade, Velocé’s K-Series range of roadsters boasted a suite of variations on the theme that included; Economy, Normal, Touring, Sports, Super Sports, and twin-port models. Introduced in 1925, the Velocette KSS was the Super Sports configuration, while the KTS tourer used the same, virtually identical, OHC engine, the differences being confined mainly to wheel sizes and mudguard style. For the 1936 season, the MkII version of the KSS/KTS introduced a major redesign, featuring many improvements including a new aluminium-alloy cylinder head with enclosed valve-gear, plus the cradle frame and heavyweight Webb forks of the new MSS.

About this extremely impressive KSS

This splendid KSS was completely restored in 2007, the scope of work included reconditioning the engine/transmission, new paint and re-chroming the brightwork. The only deviations from standard are two objective improvements most classic motorcycle connoisseurs’s would approve of: alloy rims and stainless spokes. This KSS was purchased by NZ Classic Motorcycles via a Bonhams Auction in the UK in 2009 and is part of their permanent collection in Nelson, New Zealand.